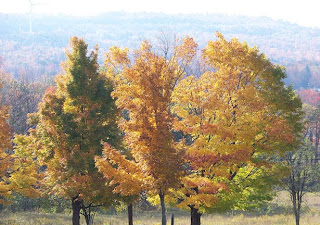 The main order of business at the U.N. this week, at least as far as I am concerned, is the beginning of a two-week Forum on Forests. People are here from all over the world to talk about forests and their relationship to / impact on food supply, water, energy, indigenous people, poverty eradication, sustainable development, economics, biodiversity and climate change–in other words, almost everything the U.N. is concerned with is tied in some way to forests!

As I sat in the huge conference room, listening to the people of the world talking to each other, I wondered: where else would you have Iceland sitting next to Hungary sitting next to Honduras? “We are many parts, we are all one body!” And to tell the people of a Pacific island that the rise in sea level is their problem, not ours, is like saying “your end of the rowboat is sinking” when we are both in the boat. It’s inspiring to watch the process here–but as you might expect, people are people, and I think I am beginning to see that the U.N. is also fertile ground for posturing, “politicking” and parochialism; of caucusing, collaborating, and (no doubt) occasionally cursing the other’s point of view.

A Passionist priest who works with his community NGO here quoted someone as saying “To work at the U.N. you must be radically committed to incremental change.” In other words, progress is v-e-r-y slow. He said “You might say things move at glacial speed, except that glaciers might be melting too fast” for the analogy to work! But nonetheless things DO GET DONE. For example, the Declaration of Rights for Indigenous People took 25 years of negotiation and stops and starts, but it finally passed with only four “no” votes — guess who? The U.S., Canada, Australia, and New Zealand (all of whom have indigenous people sitting on coveted mineral resources?) …as I said, people are people!