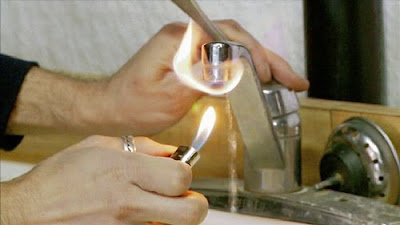 My boss Catherine is gone for a few days, but that does not mean the “mice” are playing! We’re working on flyers and drafting a letter to the Ecuadoran Ambassador to see if he will participate in a side event that UNANIMA is sponsoring next week at the Commission on Sustainable Development–CSD. (Will tell you more about this later–it’s the reason that UNANIMA sponsored me for an extra month).
Side Events are educational events that feature a theme that someone (usually an NGO) is trying to push. I think I told you that the Commission on the Status of Women featured hundreds of side events. So you see, regardless of what’s going on in the main meetings, the “side shows” are very interesting and worthwhile.
Actually we are doing TWO side events: one on “fracking”–a controversial way of extracting natural gas from shale deposits. In states like Colorado and Pennsylvania, where they’ve done a lot of fracking, whole herds of cattle have died from drinking water contaminated by the chemicals used, and people can actually light the water coming out of their taps (see picture).
The other side event is on “The RIGHT Green Economy.” The topic Green Economy is generating tons of words at the UN, as we prepare for the Rio+20 conference next year, and it certainly relates to the conversations coming up in the CSD. A “Green” Economy is one that stays within the bounds of the planet’s resources, and links its decisions to both social and environmental needs. It is an economy that does not favor one political perspective over another. It can’t be just a “greenwash” over Business As Usual, so it will require a new way of thinking, strong leadership, and education of the public to adopt new lifestyles, new patterns of production and consumption. Our side event is going to feature some people we know have some interesting perspectives on this, including the Ecuadoran Ambassador. Your prayers for the success of our events will be appreciated!