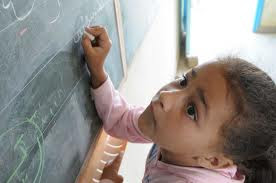 I’ve grown up several times.
Thomas Merton said we grow up only when we discover we are not the center of the universe, that the world is bigger than we are–and that’s happened to me several times.
Well, let’s see, the first time I “grew up” must have been in that developmental stage of early childhood, when I discovered that other people’s needs mattered and needed to be taken into consideration. That might happen later for an only child!
Then there was the stage in my teen years when I discovered that there was a transcendant character to the world, that God really was, and really was FOR ME.
Then there was graduate school when I matured intellectually, and learned to reconcile what I knew about the universe with what I felt about the transcendent. And most recently, my experience at the United Nations showed me how big and how small the world really is.
But Merton went on to say that when we grow up is when we really find God, when we move beyond ourselves. And I think we will not completely do that until the moment of death, when we give up everything into God’s embrace. We have lots of “growing up” to look forward to!!!!