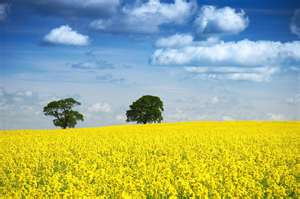 Besides the programs, panels, films, and speakers over in the meeting rooms, there are always other things going on in the lobby of the public part of the U.N. building. The other day, in front of the lovely blue Chagall stained glass window in the lobby, there was a memorial service for the 44 United Nations staff members killed in various parts of the world over a period of just 10 days recently. It really reminded us that there are two United Nations–the one in New York where all the talking goes on, and the one out there “on the ground,” keeping peace, bringing food, medicine, and school supplies, training teachers…and being vulnerable in the hot spots of the world. Well, I take that back: there are actually THREE U.N.s–there’s a headquarters in Geneva, Switzerland also, where there is less talk and more work (they are very focused there on getting tasks done, and have less need for national posturing).
There is always some art or artifact exhibit in the lobby as well: a beautiful photography exhibit of pictures from Antarctica; one on the Holocaust that featured the writings of a very “Anne Frank” type of girl; a very moving combination of pictures, poetry, historical artifacts, and art on the topic of the Trans-Atlantic slave trade; and a sobering art and artifact exhibit that featured land mines–what they do to people, what they look like (they had “land mines” embedded in the floor that I actually hesitated to step on), and what the U.N. is doing about them.
But last week was the most unique: a “living culture” exhibit featuring the New Zealand Rugby Team. They did a very intimidating haka, or Maori war dance, and sang the New Zealand anthem. General Secretary Ban Ki Moon spoke to them, and (commenting on his own small stature) said that he would never be able to be a Prop, a Front Line Forward, or (regretfully) “or even a Hooker.” He brought down the house.
Happy Holy Week to all, and in case I don’t write again until the weekend, Happy Easter! I hope to see some LANDSCAPE over the weekend–hence the picture.